Below you'll find answers to some of our frequently asked questions.  If you don't see the answer to your question, please let us know we're happy to help.

"Neonatal Period (0-12 Days):
​
The puppy responds only to warmth, touch, and smell. He cannot regulate body functions such as temperature and elimination.
Transition Period (13 - 20 Days):Eyes and ears are open, but sight and hearing are limited. Tail wagging begins and the puppy begins to control body functions.
Awareness Period (21 - 28 Days):Sight and hearing functions well. The puppy is learning that he is a dog and has a great deal of need for a stable environment.

Interacting with his mother and littermates, the pup learns various canine behaviors. He is now aware of the differences between canine and human societies.

The pup has the brain wave of and adult dog. The best time for going to a new home. He now has the ability to learn respect, simple behavioral responses: sit, stay, come. Housebreaking begins. He now learns by association. The permanent man/dog bonding begins, and he is able to accept gentle discipline and establish confidence.

Try to avoid frightening the puppy during this time, since traumatic experiences can have an effect during this period. As you can see, this period overlaps that of the previous definition and children or animal should not be allowed to hurt or scare the puppy -- either maliciously or inadvertently. It is very important now to introduce other humans, but he must be closely supervised to minimize adverse conditioning. Learning at this age is permanent.
This is the stage where you wonder if your dog is going to be a woosy butt all his life. Also introducing your puppy to other dogs at this time will help him become more socialized. If available in your area, a doggy day care is great for this.
Seniority Classification Period (13 - 16 Weeks):

This critical period is also known as the "Age of Cutting" - cutting teeth and cutting apron strings. At this age, the puppy begins testing dominance and leadership. Biting behavior is absolutely discouraged from thirteen weeks on. Praise for the correct behavior response is the most effective tool. Meaningful praise is highly important to shape positive attitude.

During this period puppies test their wings- they will turn a deaf ear when called. This period lasts from a few days to several weeks. It is critical to praise the positive and minimize the negative behavior during this time. However, you must learn how to achieve the correct response. This period corresponds to teething periods, and behavioral problems become compounded by physiological development chewing.

Also called, "The fear of situations period", usually corresponds to growths spurts. This critical age may depend on the size of the dog. Small dogs tend to experience these periods earlier than large dogs. Great care must be taken not to reinforce negative behavior. Force can frighten the dog, and soothing tones serve to encourage his fear. His fear should be handled with patience and kindness, and training during this period puts the dog in a position of success, while allowing him to work things out while building self-confidence.

Many breeds' especially giant breeds continue to grow and physically change well beyond four years of age. The average dog develops to full maturity between 1-1 1/2 years and three years of age. This period is often marked by an increase in aggression and by a renewed testing for leadership. During this time, while testing for leadership, the dog should be handled firmly. Regulars training throughout this testing period, praise him for the proper response. Giving him no inroads to affirm his leadership will remind him that this issue has already been settled." - UCDavis

Socialization is one of the most important things you can do for your growing puppy if your goal is to have a well-behaved adult dog that you can take in public situations. Below is some information that also came from la-spca.org website. "Pair treats with all exposures to make positive associations, and make sure to bank several of these for each experience. If your puppy seems frightened and won’t take treats, you should lessen the intensity of the situation until he is comfortable and taking treats again. This might mean giving him some distance if needed, or removing him from the situation temporarily.
Socialization also includes generalizations. You should continue to expose him to new things, places, and contexts to best generalize his confidence with new things. To set your puppy up to succeed, get started right away by building positive associations with as many of the exposures below as possible, as often as possible! Holding your puppy in your arms and taking him to a high-traffic outdoor market or downtown area is a great way to get multiple exposures at once." 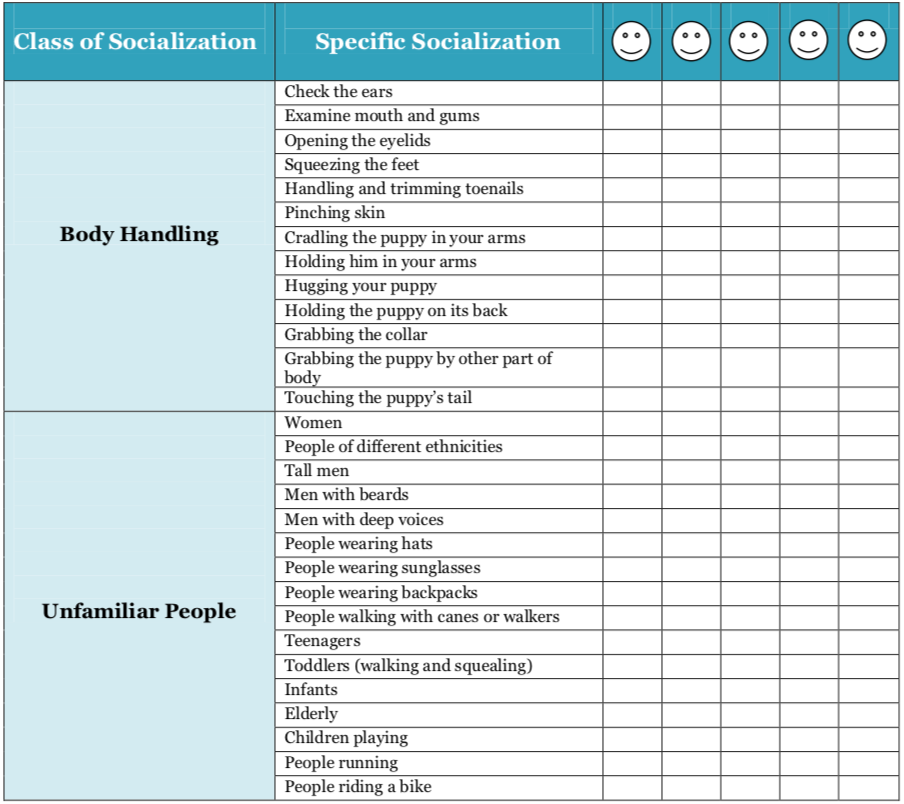 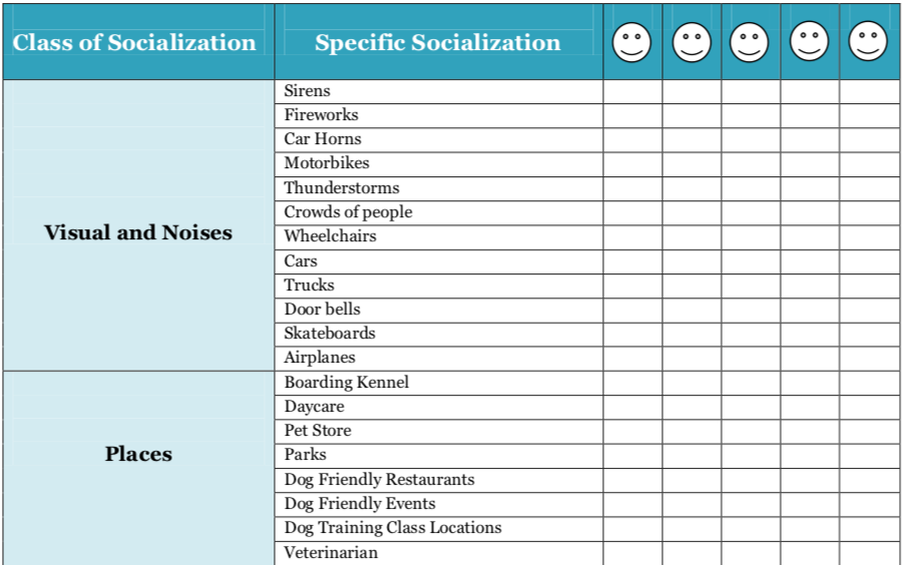 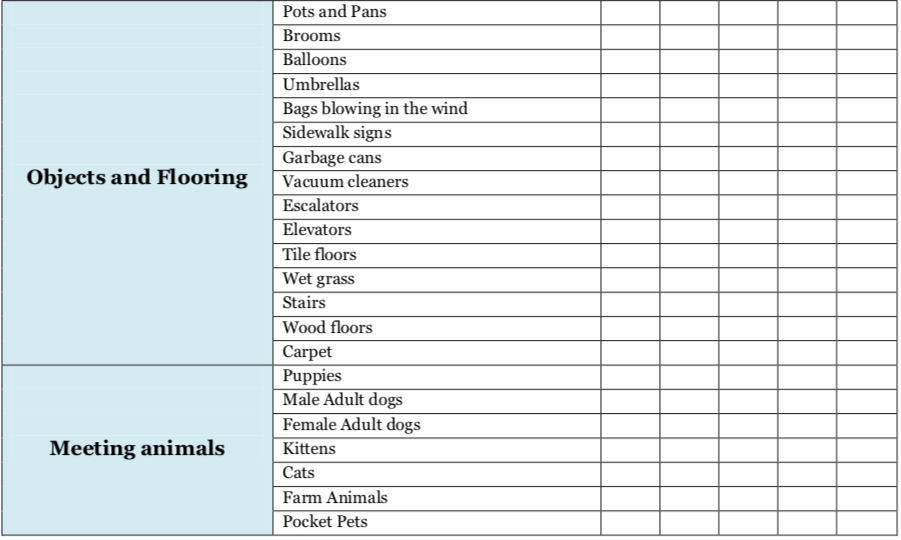