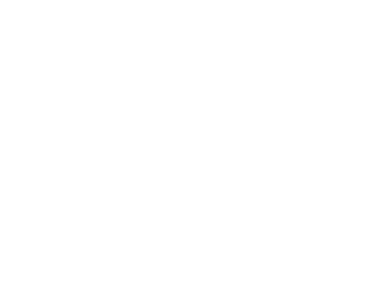 Here at Johnson House Bullies, an oral cheek swab is collected from each of our French Bulldog studs and dams. The collected swabs are sent to Animal Genetics in Florida for analysis. We test all of our breeding dogs to ensure the health of the puppies we produce. The French Bulldog Genetic Test Report consists of four genetic disorders. Below we will help to define each of those disorders. ​
Possible Disorders
CMRI, DM, HUU, JHC ​​
CMR1 also know as Canine Multifocal Retinopathy
CMR1 is an autosomal recessive eye disorder."The mutation causes raised lesions to form on the retina. The lesions alter the appearance of the eye but usually do not affect sight. The lesions may disappear, or may result in minor retinal folding. Symptoms of the mutation usually appear when a puppy is only a few months old, and generally do not worsen over time.


CMR is a recessive disorder. This means that a dog must inherit two copies of the mutation in order to exhibit symptoms of CMR. A dog with one copy of the mutation is known as a carrier. If two carriers are bred to one another, there is a 25% chance per puppy born that they will develop symptoms of CMR and a 50% chance per puppy born that they will also be carriers. Therefore, it is useful to test for the presence of the CMR mutation before breeding. Additionally, since retinal defects can be caused by other conditions, testing can verify that a dog actually has CMR rather than some other eye condition." - Animal Genetics.US
​
Below is an example of what those test results would look like.​

DM also known as Degenerative Myelopathy is a progressive neurological disorder that affects the spinal cord of dogs.
"Dogs that have inherited two defective copies can experience a breakdown of the cells responsible for sending and receiving signals from the brain, resulting in neurological symptoms.


The disease often begins with an unsteady gait, and the dog may wobble when they attempt to walk. As the disease progresses, the dog's hind legs will weaken and eventually the dog will be unable to walk at all. Degenerative Myelopathy moves up the body, so if the disease is allowed to progress, the dog will eventually be unable to hold his bladder and will lose normal function in its front legs. Fortunately, there is no direct pain associated with Degenerative Myelopathy.


The onset of Degenerative Myelopathy generally occurs later in life starting at an average age of about 10-12 years. However, some dogs may begin experiencing symptoms much earlier. A percentage of dogs that have inherited two copies of the mutation will not experience symptoms at all. Thus, this disease is NOT completely penetrant, meaning that while a dog with the mutation can develop Degenerative Myelopathy, the disease does not affect every dog that has the genotype." - Animal Genetics.US

NOTE: The probablility of French Bulldogs with any copies of DM actually being affected by the genetic disorder is not likely according to research we've seen.

Below is an example of what those test results would look like.

HUU also known as Hyperuricosuria
"Dogs with this genetic mutation metabolize waste products as uric acid in their urine. The uric acid forms into hard stones in the bladder, causing pain and inflammation as the stone moves through the urinary tract.

A dog that has difficulty urinating or appears to have an inflamed bladder may have HUU. Other signs can include blood in the urine and frequent urination. If the dog is unable to pass the urate stones without medical intervention, surgery may be required to remove them. And if the urinary tract is blocked, the condition can be life threatening. Even in the best case scenario, HUU is uncomfortable and painful for the dog.

The mutation is autosomal recessive. Both parents will need to be carriers of the mutation to pass it on to their offspring. Carriers will not show any symptoms of HUU and even affected dogs may not show any signs, so it is important to test dogs for HUU prior to breeding." - Animal Genetics.US

Below is an example of what those test results would look like.​

​JHC also known as Juvenile Hereditary Cataracts (HSF4)
"Juvenile Hereditary Cataracts (JHC) cause a clouding of the lens of the eye due to a breakdown of tissue in the eye. This condition generally results in an inability to see clearly and can cause total blindness. In canines, cataracts are often familial; this is known as Hereditary Cataracts. A mutation in the HSF4 gene causes this type of cataracts in several breeds of dogs. In this case, the dog is typically affected bilaterally. This means that both eyes are affected by the cataracts. The cataracts associated with HSF4 also occur in the posterior region of the lens. They usually start by being small and grow progressively, though the speed of growth is highly variable. Some cataracts will grow so slowly that the dog's vision remains relatively clear, while others will grow such a way that the dog will quickly go blind. Corrective surgery is possible, though it is costly and is not always effective.

It should also be noted that not all cataracts are hereditary. Cataracts can also be caused by old age or injury. Also, cataracts that occur in different regions of the lens can also be familial, however, are not attributed to this gene mutation." - Animal Genetics.US

Below is an example of what those test results would look like.​